Published by Shashikant Jagtap on April 11, 2019 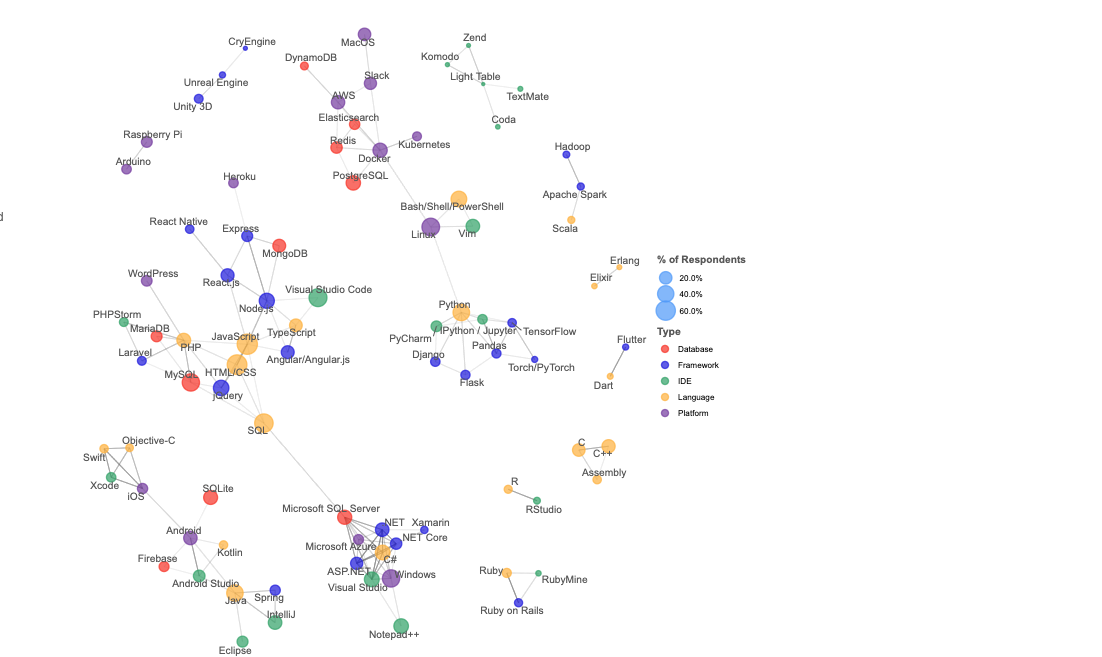 Stack Overflow has released the developer survey of 2019 which is probably the largest tech survey in the world. As per the Stack Overflow, nearly 90K developers all around the world with different age, race, gender, nationality and experience. The survey includes all popular, loved and dreaded technologies/tools. You can read the detailed survey here. Stack Overflow also listed key results of the survey which includes the following points

These are the key results from the Stack Overflow but there are some facts we shouldn’t ignore while approaching 2019. We will cover a few facts related to mobile app development in this post.

There are some very special things observed in this year survey when compared with last year. We will cover the top 7 takeaways:

1] Swift: The increase in Love

The modern, fast and type-safe programming languages Swift getting more love this year too!. Swift ranked higher in the most loved programming language. As compared to the last year, Swift loves grows from 65% to 69%. The Swift like programming language Kotlin which is used for native Android development has decreased in love from 75% to 72% but it’s still Kotlin also dominating the programming world. There is no doubt that Swift love will continue to grow in the near future as the language is backed by Apple and supported by a talented group of contributors.

No matter, you are a web developer, mobile developer or DevOps engineers, Visual Studio Code has dominated in all the area with a great margin. In the case of the native mobile app development, Xcode and Android Studio is still a preferred choice but Visual Studio Code become most dominant everywhere. There was no doubt that DevOps/SRE professionals use VIM as their preferred editor but as per the survey it looks like Visual Studio Code has dominated in that are too. Compared to the last year, VS code beat VIM in the DevOps/SRE space and popularity has grown up from approx 35% to 52%. We are not fancy of using any of the Microsoft tools but it’s something everybody is talking or using at the moment.  If you never tried or heard Visual Studio Code it’s time to look at it now.

3] Flutter and Dart emerging in the market

These two kids not even mentioned in the last year survey. However, this year both Flutter and Dart comes back in the market very strongly as another option for the cross-platform mobile app development. You will be shocked to know the fact that Dart got 66% in the most loved languages and Flutter ranked number three as the most loved framework, library or tool.

It’s clear that as a mobile app developer, you can’t ignore Flutter. You should definitely check out the articles that I have published on the Codemagic blog.

4] DevOps/SRE Top Paid but Where is Mobile DevOps?

No other technology even closer to earn as good as DevOps practitioner or SRE. The engineering manager role probably the competitive role for DevOps specialist but DevOps practitioners beat everyone else in the money. Although DevOps specialist or SRE are good in managing the platform for the web infrastructure with Docker, Kubernetes, Ansible etc, they are clearly lacking in the skills for the automating the mobile infrastructure. The detailed blog on why DevOps engineers suck at mobile ecosystem is here. Anyway, as per the Stack Overflow survey, they are the best money earners. If you want more money, you can look for DevOps engineers role too.

5] Ansible is being the De-facto Provisioning Tool

As the per the latest result, Ansible is clearly dominating the other infrastructure automation tool. The competitors of Ansible which are Chef and Puppet are lagging behind. Ansible ranked 61% love while competitors found them in the dreaded technologies.

You should definitely check out the Ansible in 2019 if you are planning to automate the IT infrastructure in your company.

6] Firebase emerging as a new database

In that last year’s survey from Stack overflow, Firebase not even mentioned in the list of the Databases. However, this year, Firebase real time database entered in the market and gained lot of love and popularity too. Firebase database ranked number 4 in the most loved databases.

If you haven’t explored Firebase real database yet, it’s a good time to check it out.

There are so many things happening in the mobile app development at the moment. Companies are really struggling to make decisions about whether to go native or cross-platform. The rise of Flutter added another complexity to the existing popularity of the React native. There is no doubt that JavaScript and React native are still the popular frameworks but compared to the last years survey popularity of the JavaScript has been decreased slightly from 69% to 67% but there weren’t any results for React Native last year. In 2019, React Native found below the Flutter in love.

The React native also found much higher in the dreaded frameworks. We can’t conclude that it’s dropping its popularity or not but there is definitely a need to keep an eye.

One of the major thing that noticed in the survey, developers loves content from another developer, tech meetup and conferences. There is no other way for tech content marketing to attract developers towards your product. If you are using you non-technical bloggers or writer for producing content, you are definitely wasting time and money. You need to have the right content with an expert in the industry to attract developers, companies towards your products.

If you look at the developer’s opinion on the new content type in the survey, you will find out the developers loves the tech content from another developer.

The developers also like to attend tech meetups, enrolled in the course or subscribe to the news related to the technologies they are interested in. if you want to invest smartly in the tech content marketing, find out an expert for that technology to speak for you or sponsor some tech meetups in your local area.

Stack Overflow developers survey is incredibly helpful to understand the new things happening in the world. Regardless of the technology stack, you work in, this will give you an idea of other booming tools and technologies that might affect your role in the future. We have seen that what are the mobile app development tools currently trending in the market and which ones are retiring. You can make better decisions based on the survey. However, it just surveys, a subset of the world participated in the survey so don’t take it too seriously. Love your tech and stay happy!

Would You Like to Enable DevOps for Your Mobile Apps?